The plenary and keynote speakers for the 4th International Conference on Statistics: Theory and Applications will be announce soon. We appreciate your patience! 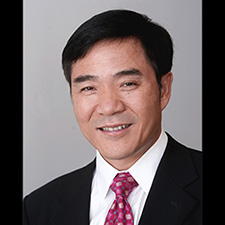 Jianqing Fan is Frederick L. Moore Professor, Princeton University.
After receiving his Ph.D. from the University of California at Berkeley, he has been appointed as professor at the University of North Carolina at Chapel Hill (1989-2003), the University of California at Los Angeles (1997-2000), and professor at the Princeton University (2003–). He was the past president of the Institute of Mathematical Statistics and
International Chinese Statistical Association. He is co-editing _Journal of Business and Economics Statistics _and was the co-editor of
_The Annals of Statistics, Probability Theory and Related Fields, and Journal of Econometrics.
His published work on statistics, economics, finance, and computational biology has been recognized by The 2000 COPSS Presidents’ Award, The 2007 Morningside Gold Medal of Applied Mathematics, Guggenheim Fellow, P.L. Hsu Prize, Royal Statistical Society Guy medal in silver, Noether Senior Scholar Award, and election to Academician of Academia Sinica and follows of IMS, ASA, AAAS and SoFiE.

Kimberly F. Sellers, Ph.D. is a Professor of Mathematics and Statistics, specializing in Statistics at Georgetown University in Washington, DC; and a Principal Researcher with the Center for Statistical Research and Methodology Division of the U.S. Census Bureau. Prof. Sellers completed her BS and MA degrees in Mathematics at the University of Maryland College Park, and then obtained her PhD in Mathematical Statistics at The George Washington University. Her research areas of interest and expertise are in generalized statistical methods involving count data that contain data dispersion; and in image analysis techniques, particularly low-level analyses including preprocessing, normalization, feature detection, and alignment. Prof. Sellers held previous faculty positions at Carnegie Mellon University as a Visiting Assistant Professor of Statistics, and the University of Pennsylvania School of Medicine as an Assistant Professor of Biostatistics and Senior Scholar at the Center for Clinical Epidemiology and Biostatistics before her return to the DC area. Sellers is an Elected Member of the International Statistical Institute, and an American Statistical Association (ASA) Fellow. Meanwhile, she is an active contributor to efforts to diversify the fields of mathematical and statistical sciences, both with respect to gender and race/ethnicity. She is the inaugural chairperson of the ASA’s Justice, Equity, Diversity, and Inclusion (JEDI) Outreach Group (serving in 2021-2022), and is a former Chairperson for the ASA’s Committee on Women in Statistics.

Professor Richard O. Sinnott is Professor of Applied Computing Systems at the University of Melbourne. He has been technical lead on a multitude of large-scale international projects with emphasis on big data and security worth over $500m. This includes numerous projects in the defence, intelligence and biomedical domains. He has over 450 peer-reviewed publications across a range of computing and application-specific domains.

Topic of Keynote: A Decade of Lessons Learned in Supporting a National Big Data Platform for Urban Research